We keep mentioning our wonderful districts, so now we’re going to start introducing them. Astranar has eight districts, each with their own individual flare, and they can be quite competitive with each other. In Astranar, the districts are named after gemstones. This week, we’ll be discussing Amethyst, where Consciousness magic is the end-all be-all.

Set in the very center of Argentum, Amethyst is mostly mountainous and bordered by Sphalerite, Ruby, and Emerald, as well as both Zablana and Nospos. Ginny used the Swiss Alps as inspiration for Amethyst, looking for ways to situate towns and farms into the mountain side that goes vertical more than it does horizontal. With pocket valleys creating ideal places for villages and high steeps covered in snow for the rest, Amethyst is great for everyone who enjoys their snow year round.

In addition to the villages and high hills that lead into Ruby, Amethyst is home to winter sports of all varieties, particularly ice skating. In fact, a huge Olympic-sized facility has been built in Amethyst to try and attract ice skaters of all types. With all those twisting roads, though, travel can get tricky and there’s always someone who is in need of rescue. Perhaps as a nod to the home of winter weather, Russia, there is a definite imperial/military inspired style in Amethyst. 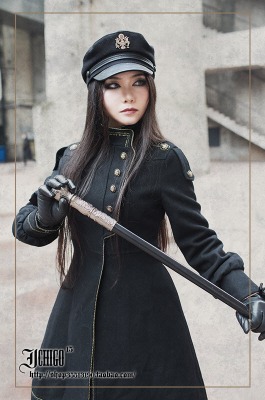 With all those mountains and the specialty of dressage, you might need a new horse. While Amethyst doesn’t provide you any funds for new horses, there are some to take a look at if you don’t mind spending some of your own cash. The Vyatka and the Akale-Teke are horses built for extreme weather and elegant looks, both being considered rare breeds. If something a little more solid is your speed, there is also the Orlov Trotter for your consideration. 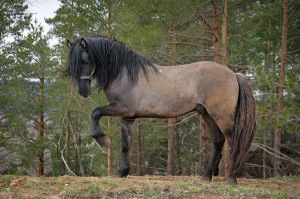 Consciousness magic resonates with Ti on the solfege scale. Consciousness is magic of the mind and will, with many of its abilities similar to that of psychic abilities. Magicians of Consciousness will push their minds and their bodies as hard as they can to achieve their goals. While they are usually empathetic enough to pick up other’s emotions and maybe manipulate them, they aren’t as wise to their own feelings and can come across as a little cold. On the small scale, Consciousness magic is telekinesis and emotions or thought sensing, relying on the environment or others as well as their own will. On the large scale, it can grant its users knowledge of the past, the present, or the future, and even allow for astral projection. However, you have to be careful about going too far from your body or into time–they don’t play fair–and if you push yourself too far, you’ll get a nasty headache for your troubles.

If you following Ginny’s twitter blog, you’ll know that all of the districts, including Amethyst, have their own little specialties and symbols. I won’t bore you with all of them, and I want you to get to enjoy finding them out on your own! (The name is one giant clue to one of them, fyi.) I will mention that the Amethyst mentors depend on which side you choose. If you go with the Light, you will look to Isidora Silvertreble (profile pending), and if you go with the Shadow, you have options: Vivian Streetbeat (profile pending) and Victoria Blackpiano (profile pending).